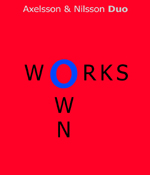 Own Works, by Axelsson & Nilsson Duo, new works for trombone and percussion composed by the performers

During all the years that the duo performed together, we have been interpreting the music of others as well as created and performed our own. You can say that the moments have triggered the pieces. It has been about music for dance performances, exhibitions and inaugurations with visual art but also composing a joint double concerto for Musica Vitae Chamber Orchestra when, before a tour as soloists with them, we proposed to let us compose for the production. A few years ago, we conducted a project with the composer Hanna Hartman, where the starting point was to create works connected to installation art with different types of sound sculptures. Everyone created a piece and the duo’s double contributions are featured on this album. When we compose for ourselves, the initial process often follows our usual approach. We write a score and from there on we start the work of interpretation. But then a lot of things happen that do not usually occur when we interpret the music of other composers: we make drastic decisions about the composed material, adding or leaving out. It happens that we create collages by combining material from our own works and many times we make changes years after the work was written.
buy 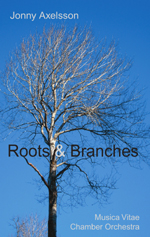 a printed book  and a USB card with six high quality audio tracks, printed scores, color photos and texts. The music spans a large range in terms of expression, with material obtained from Johann Sebastian Bach’s Mass in B minor and Aphex Twin. It links traditional classical music with music from popular culture. You will find electro acoustic works as well as chamber music and orchestral works. The album or each track can also be purchased digitally. Click on the following link:
buy 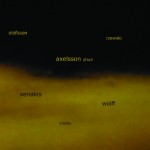 Music by Iannis Xenakis, Christian Wolff, Kent Olofsson, Frederic Rzewski and  Gianvincenzo Cresta, and all solo works including some of the most renowned master pieces for percussion. Some pieces have a very close connection to the culture of ancient Greece and the Mediterranean Sea is a common link. Powerful and poetic! The album or each track can also be purchased digitally. Click on the following link: 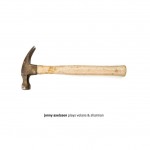 Recordings of Asanga, Akrodha and She who sleeps with a small blanket by Kevin Volans, and Apollo’s Touch by Rodney Sharman. Enclosed on the CD is also a documentation of the live recording of ‘Jonny Axelsson Performing Akrodha‘, a video by Peter O’Kennedy. The album or each track can also be purchased digitally. Click on the following link:

On the CD you can hear music by Leilei Tian, Volker Staub, and Nilsson/Axelsson, including two double concertos performed together with the String orchestra Musica Vitae. The price of the CD is 8 €, plus shipping and tax, and can be purchased by clicking on the following button: